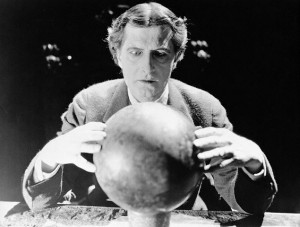 It’s not possible to accurately predict where the commercial real estate market is going this year. In order to understand the factors that generate changes in the market, these causes must be first be identified and evaluated.

A general market gap analysis, evaluating the difference between demand and supply of space involves four major market categories: investment, office, industrial and retail. Even though a region’s economic prosperity tends to move in one direction, it is not uncommon to see these different sectors trending in opposite directions.

Let’s first take a look at the general underlying economic market factors. We have seen negative financial data reported recently. The significant drop in oil prices in the last six months will undoubtedly effect this province. Saskatchewan is not a one trick pony and with much greater diversity than other resource dependant provinces, is in a stronger position than both Alberta and Newfoundland.

The Fraser Institute just ranked Saskatchewan number two in the world among the most attractive jurisdictions for mining investment.  To put the economic diversity of the province into perspective, we get about 10 per cent of our revenue and GDP from oil. That means there is greater opportunity for other areas of the economy to pick up some of the slack left by declining oil.

The U.S. economy has been a leading factor in lifting the world out of recession.  It appears as if there may yet be some unsettled waters ahead for our neighbour to the south. Despite some anticipated bumps, it seems that they may be out of the storm.  In December 2014, exports in Saskatchewan totalled 3.15 billion, up 30.2 per cent over last year. Annually our exports hit a record 35.12 billion for 2014, up 8.9 per cent over 2013. 80 per cent of this province’s exports go to the United States.

It will be late this year or early 2016 before we can say for certain, but my money is on Saskatchewan doing just fine in the foreseeable future.

Now let’s look specifically at Saskatoon’s commercial real estate market:
Let’s start by evaluating the city’s office sector. It’s interesting to note that for the 10 year period prior to 2006 the overall office vacancy rate dropped marginally under 15 per cent only twice. The current downtown available vacancy, which includes sublease space, is at 10.07 per cent. That number is 11.39 per cent for suburban office.

Keep in mind factors such as the city police moving to a new building and Affinity Credit Union relocating to City Park have had a noteworthy impact on the increased vacancy.  Those numbers are up ­­­2.6 per cent and 3.4 per cent respectively over 2014 which is significant.­­­  There is however very little under construction at present in downtown or suburban office and we therefore expect to see absorption gain momentum in 2015.

There were fewer commercial real estate investment opportunities in Saskatoon last year. Some product came on the market that tried to push price barriers and did not sell. Demand remains strong nevertheless buyers are objective and do not seem willing to push prices higher.

In respect to the investment market, we expect to see a repeat of 2014 this year. Interest rates play a significant role in the performance of this sector but aside from the recent drop in the prime lending rate, it doesn’t appear there will be further changes that will impact that rates in the coming year.

Total industrial inventory for Saskatoon now amounts 17.9 million square feet.  Absorption has yet to catch up with the new construction inventory. Expectations are that there will be more owner occupant and build-to-suit construction than spec building this year.  Although construction activity is likely to decelerate in 2015, long term growth seems likely as Triovest has announced a 430,000 square foot expansion on the industrial portion of their Matrix Business Park that will take place over the next three to four years.

Statistics Canada states the Saskatoon Census Metropolitan Area reached a population of 292,597 in 2014; recording the 2nd highest growth rate in Canada.  It is therefore no surprise that our retail sector shows the best figures so far in 2015.  With a current overall vacancy rate of 3.02 percent, that number has not risen above 3.5 per cent since 2005.

Although new suburban centres have very little vacancy, we now have more options for retail merchants looking to enter our vibrant market. This demand has increased the competition for new inventory in emerging neighbourhoods that it is likely that the retail sector will experience significant growth in the coming years.

Reports indicate that we will have a balanced provincial budget and continued low unemployment this year.  Overall commercial real estate activity has been good for the first two months of this year. With our head down and sleeves rolled up, we’ll keep you posted with our progress!