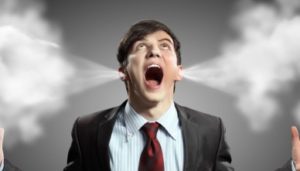 During my ten years in the commercial real estate industry, I’ve seen it all and very little surprises me anymore.

Every now and then however I get a new doozy worth sharing!

I’ve compiled a list of new and interesting ways that tenants have chosen to compromise their relationship with their landlord.

Not much gets by the eagle-eyed accounting clerks who manage rental payments for our property management division.

They recently flagged a payment that didn’t match a tenancy’s name.

The act of paying under another name is not a problem, but it causes us to wonder why.

Upon further investigation we identified the holding company on the lease had been dissolved.

A visit to the business confirmed the previous operators had moved on and were not running the store anymore.

The tenant seemed unconcerned about obligations of the lease contract in place or the fact they were now occupying a space without one.

We have come up with a short term solution, but this is far from ideal for a few reasons not the least of which we are now left with an operator who had not been approved.

In a typical lease the landlord has final say on all tenancies and if a use doesn’t fit their master plan they can reject tenants on that premise alone.

Standard leases all require a permitted use to be outlined.

Tenants are contractually obligated to follow that permitted use as they’ve agreed upon for the entire term of lease.

Sometimes the use is vague and can be wildly interpreted; bonus for the tenant, as it allows them to shift their business plan if need be.

But most use clauses will be quite specific.

Another example would be a nail salon converting to retail, perhaps selling pet supplies instead.

What if there is already a pet supply store in the same development?

The other pet store may have an exclusive use for that business and could be in direct competition to them.

Landlords want all their tenants to be successful but not at the expense of each other.

A good landlord will personally inspect or contract property managers to inspect their buildings on a frequent basis.

Commercial real estate represents an investment to owners and maintaining asset value is a huge concern for them.

A few years ago, we did a renewal with a tenant who hadn’t bothered to report a roof leak.

He appeared to want to use the leak as leverage for a more favourable renewal rate; but it did not have its intended affect.

No landlord wants to hear you’ve been ignoring a roof leak and operating in less-than ideal conditions.

More importantly, the minor leak the landlord would’ve willingly repaired grew into a much bigger repair as it festered.

Inevitably they were faced with a substantially higher bill than if they’d have been made aware of it early.

And as is the case for most repairs and maintenance in net leases, who do you think is on the hook for that? I’ll give you a hint, not the landlord.

The relationship and tone you set with your landlord can be considered an investment in a long term relationship.