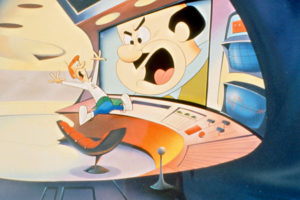 All of these can be useful, however there are times when they just cannot replace a “belly to belly” meeting.

I have many examples of interactions that started poorly, immediately turning positive and productive upon meeting the individual(s) face to face.

A great example of this took place last week. I had two telephone conversations, over a two-week period with an individual regarding one of our listings.

He was dismissive and impatient on the phone and yet my instincts told me he had a need we could fulfill. He agreed to meet with me; his persona in person was very different from his phone persona.

We had a productive meeting and we now have the potential to consummate a deal.

Ability to Read the Individual

I find when asking tough qualifying questions, it can be difficult to accurately interpret the response.

Even video conferencing does not always display the human voice and physical nuances that provide a proper read of the individual; even less with phone and electronic messaging.

The moment I sense there is risk of a communication I’m engaged in going sideways, I’ll stop and attempt to move to a different form.

In-person is always preferred but when that isn’t possible, audio and/or video communication is second best.

You’ve experienced it…many people react and behave differently when the person they are in conflict with is not physically present.

Three very difficult requests over the years for face to face meetings come to mind.

In each of those cases, I was able to re-establish trust that had been broken through circumstances that were largely out of my control. And in each case that repaired relationship resulted in many more mutually beneficial sale/lease transactions.

How to Achieve Traction

A client contracted me to represent them in the purchase of an out of town investment property.

I made many phone and email attempts to obtain the seller’s agreement without success. He could not be relied upon to follow though with what he represented.

I proposed we meet me at the airport in Winnipeg to sign a purchase/sale agreement.

Based on previous interactions with him, I believed there was a 40 per cent chance he would show but nonetheless booked the trip.  The meeting happened, the contract was signed, and the deal closed.

I was dealing with a Vancouver lawyer who was the estate trustee of a commercial real portfolio.

I had a client who was interested in one piece of the portfolio, a Saskatoon hi-rise apartment. Every attempt to secure a commitment from the lawyer to sell the property was met with ambiguity. She did however agree to meet with me.

I flew to Vancouver for the day, obtained her written commitment to sell and we were successful in completing a deal.

I could share more stories, but you get my point. I wish I could say that every “one on one” yielded positive results but that’s not the case.

It doesn’t really matter how long I’ve known a client or how frequently we communicate; it never replaces the need to meet in person from time to time to maintain a solid relationship.

Do you have a preferred mode of communication?