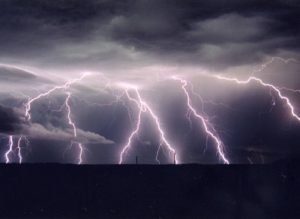 Few experienced commercial real estate developers can see the opportunity within the eye of the (market) storm; when vacancy rates are increasing and others are retreating. It requires courage and a creative eye to identify the opportunity, but they often do exist.

A bold decision was made to proceed with construction of Timber Pointe on Queen at a time when Saskatoon office vacancy was increasing from 11 to 15 per cent.

Our developers saw a market for a unique, high end development and engaged an Architect from B.C. to create the west coast design. They wanted to bring a “Ferrari” to Saskatoon believing there was a select few who were prepared to pay a premium to lease office which was unparalleled in our market.

This project was ready for occupancy Sept 2015 and despite soaring vacancy rates we negotiated the last lease completing the project within six months thereafter.

Office on a larger scale

Between 2012 and 2016, when Regina’s downtown office vacancy rate soared from under two per cent to 15.5 per cent, two new high rises were introduced. Mosaic Tower started construction in early 2012 and added 220,000 SF to the market. Construction was completed in March 2013 and was fully leased at the time of completion.

Despite demand softening for inventory within Class B and C office space and overall vacancy increasing to the mid-teens during the development period, these two projects were met with high demand as approximately 350,000 SF was absorbed.

Matrix Business Park IV is a project which offers warehouse space unlike any other currently in our market. This most recent phase of the development was ready for occupancy seven months ago.

At a time when there is an abundance of new industrial product that has been sitting on the market for two years or more and the area vacancy rate is over 16 per cent, we have this project 50 per cent leased to national tenants.

Although I’m straying away from commercial examples, this large scale residential condominium is worth mentioning. It is one more example of why bringing the right product to the market at the right time can work.

There were 550 condos for sale representing a significant oversupply in November when marketing commenced on this 105 suite luxury riverfront project. It completely sold out in four days. It has just been announced that the developers of Saskatoon’s most exclusive address are seeking approval to add four more stories.

A test of the theory

Let’s test this theory one more time!  I recently sold the building and lands previously occupied by the Saskatoon Police for redevelopment. The Architect is currently working on the redesign of this property which will offer “best in class” specifications including LEED designation.

Many see the current downtown overall vacancy rate which sits at 16.5 per cent and see no opportunity. However when we isolate the vacancy for Class A we find it is less than five per cent. We can offer three stalls per 1,000 SF when one stall per 1,000 SF downtown is typical.

An occupier looking for an existing building with more than 30,000 SF of contiguous space will not find any current options; we can offer up to 60,000 SF contiguous.

We hope to see reconstruction and refurbishing of the existing building to begin this year. I hope to be in a position to report back in a later post that we have once again proven that opportunities can exist within the storm!