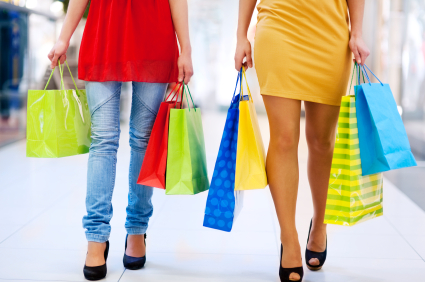 The International Council of Shopping Centers (ICSC) held their annual Canadian Convention in Toronto from September 19-21. The event allows brokers, owners, developers, and retailers to meet up and form relationships at one central location.

With over 150 booths of various disciplines, attendees were able to mingle and cook deals in person. ICR sent a large contingency of brokers as usual and they came back with encouraging news.

There continues to be an interest in all parts of Saskatchewan from national retailers. In spite of the growth of the retail market in the past few years, there are still many stores that have not located to Saskatchewan.

A national report from Statistics Canada released at the end of September states that the province grew by roughly 5,300 people in the second quarter of 2016. This was the largest growth since 2013.

That brings the total population for the province up to 1,150,632 people. The bulk of that, according to Statistics Canada, is a birth rate outpacing deaths and the influx of immigrants.

One area that has caught the eye of national retailers for its specific population base is Saskatoon’s Stonebridge neighbourhood.

Interestingly this area of Saskatoon has the highest concentration of individuals with post-secondary education. Approximately 57 per cent of people that live in Stonebridge have a certificate at some level of post-secondary.

As such, the average family income is higher than other parts of the city at $115,200 per year.

This certainly makes the area more attractive to the mid to high range retailers scouting Saskatoon locations. Providing proof of retail success is the rapid expansion of the Sobeys Liquor store from 10,000 to 15,000 SF to meet consumer thirst.

The ICR marketed Cory Commons has a lot of demand as other portions of the Preston Ave fronted retail fill up. In addition to landing McDonalds for the site, agents indicate there is strong interest and negotiations continue with national food, grooming and fuel retailers.

Even with dipping temperatures moving into Fall, it’s still very clear that Saskatoon has a warm retail glow going into the soon to be holiday season.