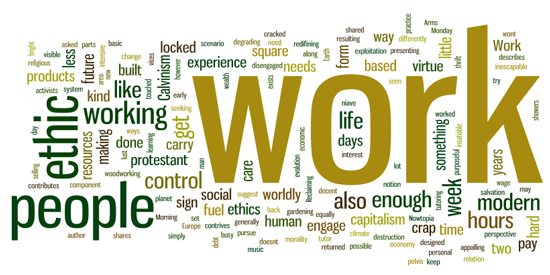 I am going to wander from my typical focus on the topic of commercial real estate. Instead I’ll share a short story about an inspiring individual my wife and I met returning from a recent trip abroad.

It can be so easy for us from time to time to complain about minor details of our life that don’t seem to be meeting our expectations.  We may grumble about having to put in a few extra hours at work to complete a task, or what we deem to be a client’s unrealistic expectation of us.

About five weeks ago my wife and I had a layover in Calgary. We were having brunch in an airport hotel with my son and his fiancée. It was a smaller restaurant area within the hotel; this particular Sunday morning they didn’t happen to be too busy.

My wife, a retired nurse, always seems to take great interest in others we encounter who may be suffering from an injury or illness.  The waiter serving us had a very cheery disposition.  He was probably in his late 30’s and of Asian descent.

He was moving about quickly and efficiently but was favoring one leg quite noticeably.  Of course my wife had to ask him what had happened to cause the limp.  He very pleasantly explained that he had torn a tendon off a bone in his foot.

Each time he returned to our table my wife would give him another piece of advice on the best way to treat the injury.  The overriding message was that he should take some time off work, and keep his foot elevated for a while (she explained that this is an avulsion fracture which he should have been off of for a few days).  He confirmed that this is what the doctor who had treated him had recommended as well.

Three and a half weeks later I happened to be with some of my colleagues returning from a company trip.  We were having lunch in a different, much larger Calgary Airport restaurant.

It was dinner hour, the restaurant was packed and there was only one waiter speeding around, serving the entire room.  I looked and noticed that this speeding waiter had a limp.  Closer observation revealed that it was in fact this very same waiter. When he got around to us I asked him if he remembered me.

“Of course,” he said, “your wife was the beautiful nurse who took interest in me a few weeks ago.”  He was now wearing a walking cast.

I asked if he had was no longer working at the other restaurant.  He explained that he works eight hours a day in one restaurant, sleeps two hours, goes to the second restaurant where he works another eight hours then sleeps for two hours.

I have no idea how he did it however in spite of being the only one on duty he served the meals to our table of eight in a timely, very cheerful manner (needless to say he was given a generous tip).

If anybody in Calgary is looking for an industrious, hardworking employee feel free to contact me.  I’ll let you know where to find him.