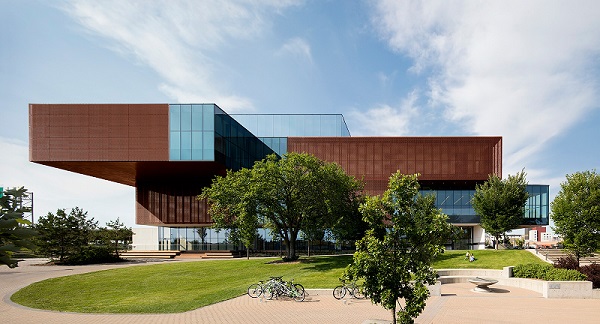 Say what you like about it but over 450,000 people fed their curiosity and took in Saskatoon’s new public art gallery this past year.

More astonishing is that the Remai Modern was only projecting around 190,000 visits during their inaugural year.

The most dramatic change outside of the new building itself is the fact that the Remai Modern is now charging admission over its free access predecessor, the Mendel Art Gallery.

The Mendel relied on a suggested donation model but the Remai Modern collected over $360,000 through admission fees from opening in October 2017 to this Fall.

This is welcome news for all shareholders who watched the construction budget balloon from $58 million when announced in 2009 to approximately $84 million at its completion.

Can they keep up the momentum?

As one of those 450,000 attendees I certainly hope the Remai Modern can continue to build on their success.

They plan to continue hosting not only regular exhibits but also special events; this included the sold out crowd for the NSBA’s entrepreneur spotlight Popcorn Series.

An active membership is a great indicator of the community buy-in as well as the 20,000 people that showed up for free days sponsored by Rawlco Radio.