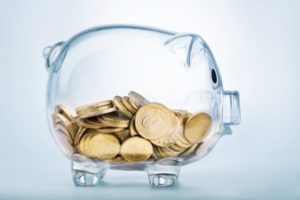 In commercial real estate leasing the landlord can fully recover the hard costs associated with operating the building from the tenants. These expenses are most commonly referred to as occupancy or operating costs.

Most leases will allow for tenants to ask for a breakdown of costs on a per annum basis. But is there a benefit in asking for the breakdown during lease negotiation?

It’s prudent for tenants to know the full costs associated with leasing a space. The occupancy cost breakdown is very relevant to this process.

Do the estimated costs include any utilities or are they separately metered? If utilities aren’t included, there may be an occasion to ask for previous bills.

A general rule of thumb is that occupancy costs will not include any communication costs such as telephone, fax, internet or security.

Understanding everything that is included within the occupancy costs helps identify the items that are over and above your monthly rental commitments to the landlord.

An expense I see commonly overlooked is garbage removal. Tenants will often assume it is included when in reality it is usually contracted privately by tenants.

Depending on their use, tenants may have higher or lower garbage collection needs. Therefore, landlords will leave the management of this service up the tenants.

It’s important to understand that occupancy costs are an estimate developed by the landlord and their property managers.

The estimate is typically based on the previous year’s expenses and educated assumptions for increases on expenses such as property taxes or building insurance.

Because these are hard costs there should be evidence of how the estimate was calculated. However, on new construction that is not possible.

This means basing estimates on the knowledge available for expenses in comparable buildings.

Are they always spot on? Probably not. But if done correctly, they should be in the ballpark.

Cost is what it is

Because occupancy costs are based on a hard numbers they’re not negotiable.

The only instance where a lower rate might be achieved is when work is removed from the landlord’s responsibility.

For example, on a single tenancy site, the tenant may prefer to organize their own snow removal. The landlord may choose to remove the expense from the formal agreement.

It’s a reasonable request for tenants to ask for a breakdown of all costs in a building before signing on the dotted line.

A tenant wants to prepare as much as possible to create an accurate budget for their business. Landlords and agents alike want to see you succeed!