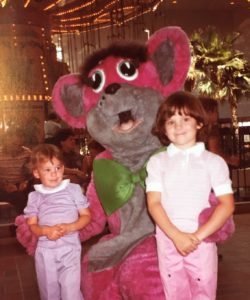 I have been a fan of the shopping mall experience for as long as I can remember. Maybe it’s my upbringing as a country girl, but I’ve always found interior malls to be an exciting place to visit.

Despite what appears to be dire times for the mall, market research indicates that some traditional shopping centres are doing very well. And in fact, aren’t down for the count at all.

There is a measure retailers use to gauge income called sales per square foot. The math is pretty simple, overall yearly gross sales over the amount of square footage they occupy.

The Retail Council of Canada collects statistics to determine who has hit the milestone of $1,000 in sales per square foot. This past year they crowned ten malls in that category for the 12 months ending in August 31, 2016.

A personal fave of mine, the Southgate in Edmonton rounds out the top five at $1,155 PSF. The Chinook in Calgary isn’t far behind at $1,057 PSF.

The growth of luxury brands cannot be denied which is something all of these centres share in common. Yorkdale’s Holt Renfrew along with 20 freestanding/concession operated luxury retailers contribute in excess of 30 per cent of the malls entire sales revenue.

People are spending money in malls and it’s on the good stuff.

There is a divide in the amount of disposable income between Canadians and Americans. Comparing apples to apples, Americans on average have approximately $41,071 of disposable annual income; Canadians, using US conversion, average closer to $30,474.

Despite the difference, Canadians are spending more. Sales volume in Canadian malls versus their American counterparts is far higher.

Interestingly, the Retail Council reports that tourists play a large role in the success of the luxury retail sales in the US as well though. I think we’re starting to see a theme here.

Population density is a significant factor in determining the success of interior malls. The Retail Council reports six of Canada’s top 30 malls are in the Greater Vancouver area which enjoys more per capita than any other region.

Adding to that, 14 of the same top 30 malls are in the Greater Toronto area.

The economic downturn in Alberta has had ripple effects across many industries, but two of their malls still placed in the top ten.

The Retail Council also tracks pedestrian counts. Anyone who believes the traditional mall is dead hasn’t been part of the nearly 49 million people that passed through Eaton Centre last year or 28 million that visited West Ed.

Changing with the times

As I mentioned last week, commercial real estate is always morphing and changing. Shopping malls are no different and Canadian shopping centres are evolving with ever changing shoppers’ demand.

In Saskatoon we see landlords increasing investment in nearly all our interior shopping centres to continue providing an aesthetically pleasing and functional way to shop. This is starting to include added features which results in malls evolving into entertainment destinations.

This continual investment helps attract tenancies that still desire to be in the traditional mall format like Regina’s Cornwall, who have just landed Saskatchewan’s first H&M.

So are interior malls dead? Not by a long shot. Consumers and retailers aren’t quite ready to abandon them yet.