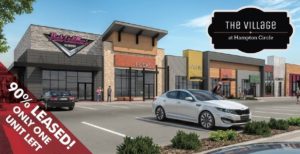 One of my biggest challenges is being unable to find the right fit for tenants. In a commercial landscape that remains under-serviced for retail it’s not exactly my fault.

We did see some new construction of retail in 2018, so it’s probably time to revaluate where the inventory levels sit versus vacancy, midway to the end of the third quarter of 2018.

Looking at the numbers by area, who do you ask: landlords or tenants?

In a landlord’s universe all they can hope for is that their commercial real estate is ideally situated for the long haul.

Saskatoon’s golden mile, 8th Street, continues to hold its position as one of the busiest retail corridors in the city.

Vacancy on 8th St went down in the last quarter to 3.6 per cent.

That doesn’t leave many options for businesses that want a place in the center of that retail action.

For tenants this leaves fewer options.

University Heights is entertaining a 3.5 per cent vacancy rate with only 40,000 SF of total inventory vacant.

Stonebridge is a little higher, at 6.1 per cent but that is partly due to the new construction at Cory Common on Preston Ave S.

The average asking rate in University Heights is $25.27 PSF while Stonebridge tenants are looking at an average of $32.83 PSF.

Downtown is one area I often get questioned on regarding vacancy.

It’s important to understand that we separate the office and retail inventory rather intentionally.

As well, the City of Saskatoon bylaws are designed to promote retail activity only on main floor access with only a few exceptions such as Midtown Plaza.

Downtown vacancy is 4.3 per cent, which is very healthy. Asking rates are attractive at $23.69 PSF.

The lowest vacancy reported at the end of the second quarter was Broadway. Not surprising as this finite neighbourhood has always seemed full.

At 1.1 per cent vacancy, it was reported that inventory was sitting at only 3,200 SF. The number could have shifted slightly since that finding, but I assure it it’s not far off.

Asking rates average are at a comfortable $22 PSF on Broadway.

Give us the worst area for vacancy

There really isn’t any! Well, that’s not entirely true.

Over the years we’ve added to and amended the areas we collect retail data for.

As well, I am not intentionally leaving off west side retail. Confederation vacancy is very low at 2.9 per cent and even 20th/22nd Streets are only 6 per cent vacant.

Sutherland has always held its own and there is a 6 per cent vacancy there as well.

We will see further changes as Idylwyld Dr moves away from residential fronting property to commercial, and their 14.3 per cent vacancy is an indication of that.

As well, 33rd St is continuing to find its audience with an overall vacancy of 15.3 per cent.

Expect that our upcoming third quarter reports will include the newest data within Blairmore and Kensington. Blairmore currently has little to no vacancy and Kensington is in construction mode.