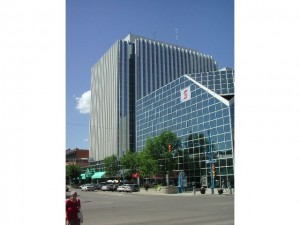 Here’s a synopsis of our 2013 Commercial Investment Market as well as a forecast of where we’re headed in 2014.

I predicted capitalization rate reductions of ¼% to ¾ % in my 2013 forecast.  When we review the limited amount of investment sale data over the past year, we find that prediction to be accurate.  With the average cap rates on apartment sales dropping ¼%, retail & office ½% and industrial approximately ¾%.

If I compare the Saskatchewan cap rates with other Western Canadian cities as reported in the Q3 CBRE Canadian Cap Rate Survey, there may be room for further cap rate compression in 2014.

A recently released study by the Fraser Institute stated that Saskatchewan had the 2nd highest level of economic freedom among the 60 jurisdictions made up by all Canadian provinces and U.S. states.  A couple of the biggest economic stories of 2014 in this province will come from the questions surrounding increased pipeline capacity and the potash futures market..

Assuming commercial mortgage rates remain relatively stable, I predict an average cap rate decrease of ¼ to ½% over the next 12 months.