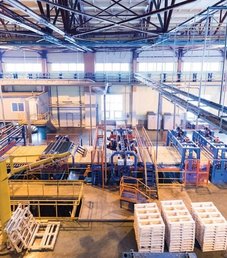 These are rare times when what appears to be a negative economic indicator is actually a necessary painful step in the road to recovery.

Times when a story can be framed negatively or positively when viewed through the lens of reality.

On the surface, that’s a hard pill to swallow!

Good news about no news

As a result of a meeting we had with the City of Saskatoon Land Branch in 2015, we have been receiving data since 2016 which provides not only the number of building permits, but detail on what is being constructed in the Marquis area.

This information puts brokers and developers in a better position to determine which specific sectors of the market requires an increase in spec built inventory.

The data should minimize the likelihood of repeating our current oversupply.

What’s good about this is we still require time to absorb the market surplus and this lack of building activity works to achieve that.

This story would not be balance without stating the obvious; it also means that owner occupants are not expanding.

It would appear that the confidence has not quite returned for that expansion to occur.

It will be interesting to see where we are at by the end of October.

Due to the cost of winter construction, most companies who plan to build are likely to have their building permits by that time.

“Despite a modest increase in available space over the first half of the year, the City’s industrial market continues to exhibit signs of stability. Year-to-date vacancy increased by 30 basis points to 7.5 per cent.”

“A recovering economy has been positive for the city’s industrial market. Demand for industrial space has remained stable, a trend likely to continue in the second half of the year. Rates are projected to hold steady as landlords continue to offer incentives to be competitive within the market.”

The report indicates our highest vacancy can be found in the CN Industrial area at 14.6 per cent and the lowest is in the Sutherland district at 1.9 per cent.

Feel free to contact my office if you’d like a copy of our 2018 Q2 retail, office or industrial reports, or more details on any of the above information.