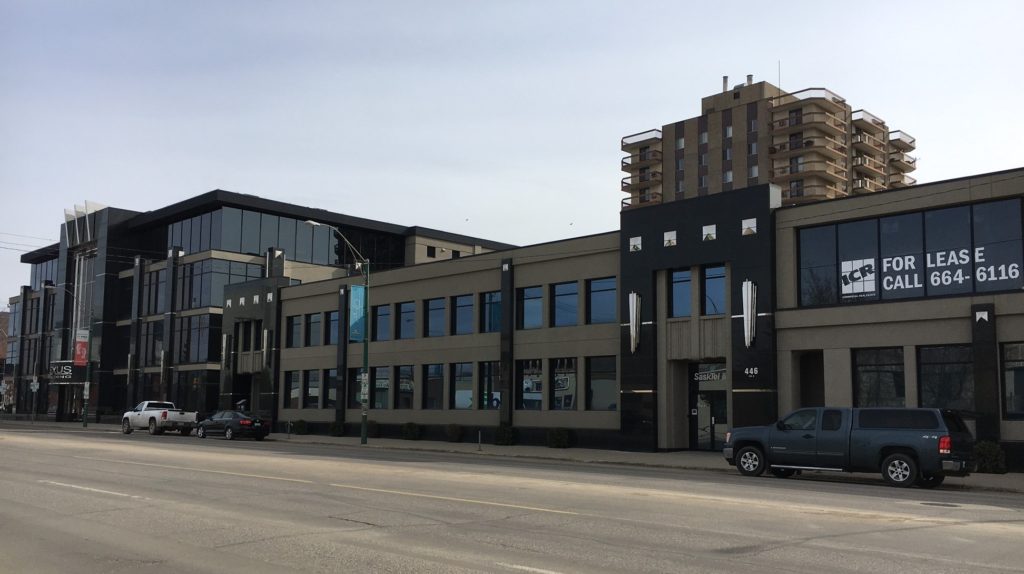 In spite of a forecast for a slight increase in the unemployment rate and decrease in housing starts in Saskatchewan, RBC Provincial 2017 Outlooks is predicting a growth in GDP of 1.8 per cent.

That’s after two consecutive years of negative growth, due mostly to weakness in our energy and non-energy mining sectors. To say that the Saskatoon office market has been simply affected by these provincial economic factors is an understatement.

In fact, as you can see by this historical vacancy graph, you have to go back to 2005 to find vacancy as high as we experienced last year. Is there a light? 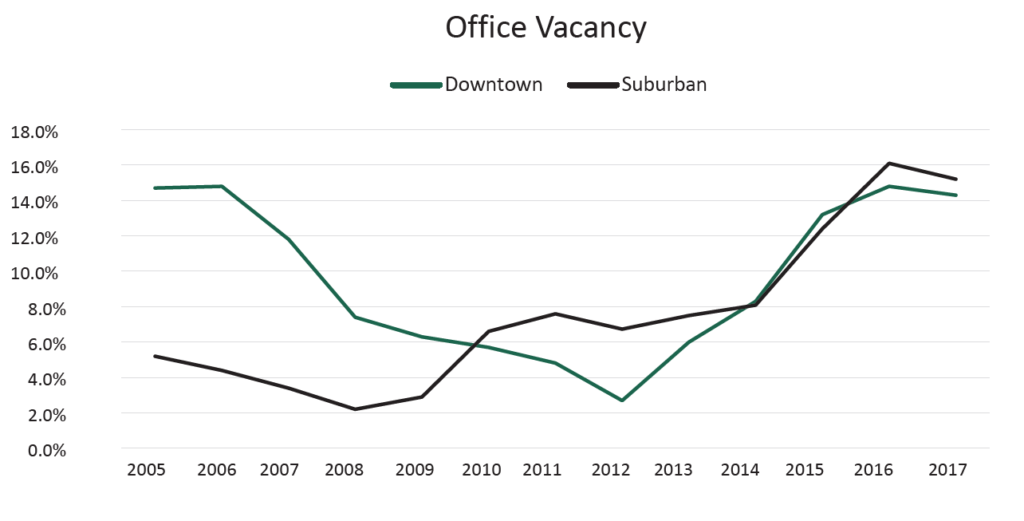 As you can see by this graph, it appears as if the upward trending vacancy has turned the corner. Anecdotally over the last quarter, we at ICR have without a doubt seen more companies express an interest in relocating.

In not all cases are the companies increasing their footprint. Some are considering a move because of the great value they see due to the existing “Tenant’s market.”

I don’t believe we are on the verge of a complete turnaround in the office market, however I’m cautiously optimistic that we are slowly headed for better days ahead.

Our 1Q17 office survey indicates the overall downtown vacancy rate is 15.7 per cent and suburban vacancy is 15.15 per cent.

If we break that downtown number into different classes we see that Class A & B+ average only 6.7 per cent whereas Class B, C & Peripheral averages 19.5 per cent. It’s not unusual in a competitive market with softened net rental rates to see increased interest in quality assets.

Stonebridge carries the highest suburban office vacancy rate at 31.6 per cent. This area offers mostly newer product and therefore the vacancy is not due to a lack of quality.

This south subdivision has however seen the most new spec office development and very simply, absorption has not kept up with supply.

Southeast and University Heights average 2.65 per cent  whereas the North/Kelsey, Airport and 8th Street zones currently average 16.3 per cent.

How have rental rates been affected?

With the exception of available sublease product, asking lease rates have more or less held steady. We have however seen a softening of net effective rates on completed transactions.

A market cannot sustain zero or negative absorption where population and economic growth exist. If predictions for Saskatchewan’s GDP over the next couple of years are accurate, our Saskatoon office market will regain its balance.