Our latest retail report has just been released which reveals that despite a small increase in available space in 2017, we now show three consecutive quarters of stable vacancy.

It’s interesting, however, to note that the vacancy numbers vary from 1.5 per cent to 18 per cent within the twelve districts we report on.

We’ve seen a modest 11,926 square feet of absorption within the first quarter resulting in 570,525 square feet or 4 per cent of retail space remaining available for lease.

The focal point of retailers’ interest continues to centre on the emerging neighborhoods.

Other new developments in the planning stages include The Shops at Kensington and Hampton Village.

New retailers that have been announced with 2018 openings in The Meadows Market located in Rosewood include McDonald’s, PetSmart, Dollar Tree and Marshalls.

Here’s a snapshot of the twelve major retail districts: 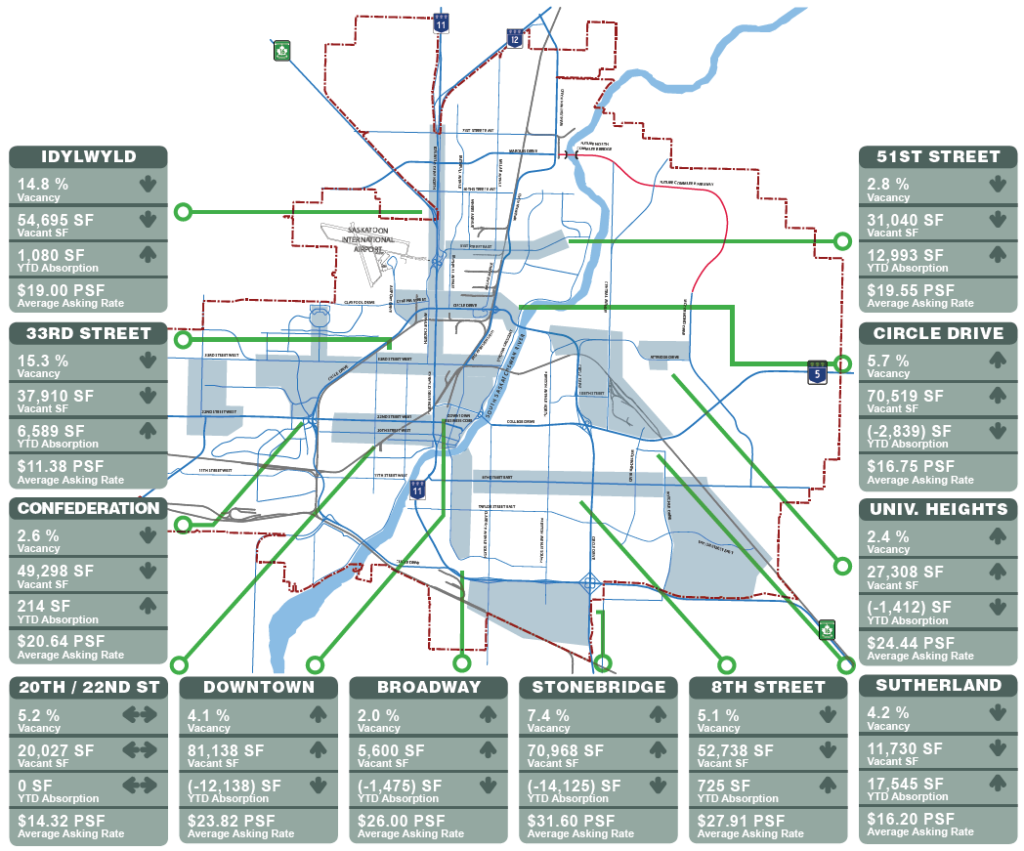 We see virtually no change in the asking net rental rates which vary from a high of $35 in new prime locations to $8.50 for existing space in areas where there is high vacancy.

An RBC economic outlook released last month predicts Saskatchewan will lead the nation this year as growth picks up to a chart-topping 2.9 per cent followed by another solid year in 2019.

If this GDP estimate of growth proves to be true, my forecast which states the office and industrial commercial real estate sectors will return to a balanced market within two years is achievable.