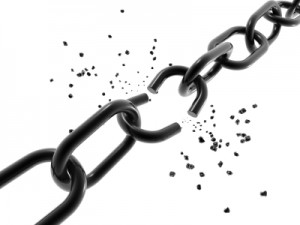 It may seem common sense that a lease is binding when both parties have executed the agreed upon document. But what if the tenant or landlord change their mind at the last minute and handwrite in a change?

The offer process allows for conditions such as lease review. Material items negotiated in the offer or counter are incorporated into the landlord’s standard lease document. The lease itself, however, is open to review on all the other terms of the business arrangement.

This conditional period is the time and place to make changes to the lease. In some instances we see onerous transactions where the lease can go back and forth many times before it’s finally agreed to.

Typically a landlord will prepare the lease and the Tenant is the first to sign off. The landlord’s acceptance of the lease is implied by the fact that he or she has written it.

Trying to readjust your lease term or change the rental rate is not acceptable at the lease review stage. Occasionally other items in a lease could be amended, even after hard copies are ready to be signed.

In that instance, both parties may agree to handwrite in a change and each initial to show mutual acceptance. One party making the change without the knowledge of the other is a big no-no but it can happen.

How would it hold up in a court of law? The tenant may sign off on the lease with a one-sided change assuming the Landlord understands that is the only way the lease is acceptable to them.

We saw a recent case in our office where the tenant did make and initial changes after the fact. The landlord believed, even though he wasn’t going to agree to the changes, that he had a binding agreement.

Trump card is the offer

I’m most apt to say that in an instance where one party has initialed a change but the other has not agreed that the offer is the binding document until the lease can be sorted out. Especially if all conditions were removed prior to the lease being signed.

Barry has spoken before about games that can be played in lease negotiations. Don’t get caught, no matter what side you’re on. Get it in writing.