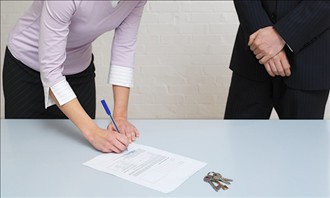 Would a Tenant actually enter into a deal with this specific goal? I have seen it happen. The Agents and Landlord involved were blind to the Tenant’s motive until long after possession was granted. Information later surfaced that revealed the whole process was a very intentionally played game.

First Mistake Made
The Landlord and Agents involved should have never granted possession without the Tenants’ signature on the lease. In our current Saskatchewan Commercial Real Estate Market we often see transactions where an offer to lease is agreed to by both parties and the Tenant requires quick possession. It can sometimes take a multi-national company a considerable amount of time to review and comment on a lease agreement. In this case the Landlord suggested the Tenant be given the keys to allow them to move in. Both Agents involved should not have allowed this to take place however as we know with every business, it is “live and learn”.

The Lease Negotiation
After the Tenant had moved in, their lawyer responded with a significant number of required changes and amendments to the Landlord’s standard lease agreement….the negotiation began. In this case this Landlord’s Solicitor as well as the Agents representing both parties worked very diligently to try and negotiate a document that would be acceptable to the Tenant’s Solicitor. They worked successfully through all issues but one. Both parties consulted their respective outside consultants who were knowledgeable in this one specific area. Many attempts were made thereafter, especially by the Landlord’s lawyer to try and resolve this one outstanding issue. After a number of months it became evident that they were in a deadlock.

The Motive Revealed
A few months later the Tenant called the Agent who had represented them in this transaction. They now require larger premises. It happens to work well that they do not have an executed lease in place on their present premises because they can leave without recourse. The agent pointed out that it would be very difficult for them to enter into another lease because almost all Saskatoon Commercial Real Estate Landlords would disagree with the position they took on their last negotiation. They would end up in another lease negotiation deadlock and this time would not be granted possession. Not the case replied the Tenant. They had played out this exact game in many other cases across the country and were able to move in without ever signing a lease.

Moral of the Story
Never turn over the keys until all the “t’s are crossed and i’s dotted”!
Posted by Barry Stuart