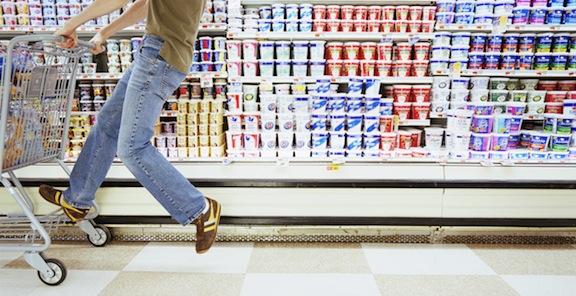 Saskatoon core neighbourhood residents are up in arms regarding the recent announcement of a City Park grocery store closure. The media picked up the story quickly soliciting the shocked reactions of people living nearby the Loblaw-owned Shop Easy Foods on 7th Ave.

The impact to people who utilized and depended on the retailer is significant.

The City of Saskatoon, according to the City Centre Plan they released in 2013, hopes to grow a total population 500,000 within the next 20-30 years. Targeted groups to help create density in the core area include generations X and Y along with seniors.

Commonalities amongst the groups is a desire for increased social interaction, reduced vehicle dependency and acceptance of smaller quarters. The City has identified three essential services that must be met to attract this population: high quality transit, government services such as libraries and importantly, a grocery store.

The closure of this City Park grocery store leaves a huge gap in accessibility for downtown residents. The next closest stores are Safeway on 33rd St W which is on the other side of Idylwyld Dr or crossing the River and going several blocks up Broadway to Extra Foods.

There are a few small ethnic grocers in Riversdale as well as a cooperative grocery store on 20th St W and Ave L. None of these options are a reasonable walking distance from core area housing.

Grocery retailers have been reluctant to come back downtown. But it’s hard to attract the population needed to sustain the business without this service in place.

So it definitely begs the question: which comes first? The proverbial chicken or the egg?

In my opinion, I strongly believe if you build it they will come. Foresight and a little bit of faith has taken the neighbourhood of Riversdale, for example, and completely transformed it.

The residential component of “The Banks” has sold very well in the pre-construction and construction phases. These condo owners would benefit greatly from a grocery store along with the people that already live in our downtown and peripheral neighbourhoods.

It’s just a matter of time until one of the national grocery chains currently operating in Saskatoon realizes how hot of an opportunity they are passing up!