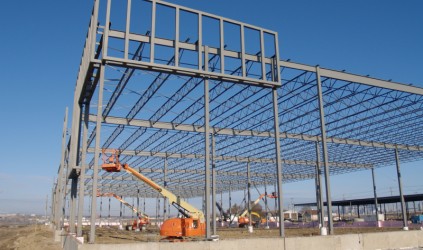 Up to and including June 13th, only five building permits have been issued since January 1st, 2017 within the Marquis Industrial Area.

There were four permits issued during the month of April however that number has remained unchanged since the end of April.

Spring is typically the season we see the greatest number of new industrial construction starts.

This can be described as a good news story

This slowdown in new construction will allow further absorption of the existing 1,923,731 square feet of total city industrial vacancy.

What is the total vacant and unsold industrial sites?

According to the City of Saskatoon, 12 sites remain unsold and 62 sites remain vacant within the Marquis Industrial sub-sector. Of these sites, 36 are zoned light industrial (IL), with the remaining thirty-eight sites zoned heavy industrial (IH). This results in a total of 166.94 acres of land sitting either vacant or unsold within this one sub-sector.

The five Marquis Area building permits issued this year total 98,400 square feet of construction according to the City of Saskatoon building department.

You might be interested to know this new construction includes a Tim Horton’s along with a retail strip mall on Marquis Drive as well as a car wash. The other construction permits were issued to owner occupants for their own industrial use.

We could be two years away from any significant speculative building in this sector. Industrial developers will need to see significant absorption of the existing inventory prior to committing additional new capital.