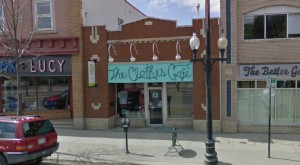 As discussed in previous market posts, Saskatoon is not immune to national trends in office and industrial commercial real estate. Nor is it when it comes to our retail sector.

With the competitive market retailers face in entering Saskatoon, there is unlikely to be any nearby relief on rental rates. The upwards trend that the market has enjoyed in recent past continues as good rental product remains scarce.

Upcoming developments such as Kensington, Holmwood and Cory Common are starting in the high $20 PSF range up to low $30 PSF. Prime retail corridors such as Downtown, 8th St, University Heights, Stonebridge and Broadway are starting at lows of $18 PSF climbing to upwards of $30 PSF.

There have been doom and gloom posts for a few years now regarding the death of the traditional “bricks and mortar” retail strategy. Saskatoon has yet to be greatly impacted by the closure of any retailers due to online purchasing but there are other elements shifting our market.

Grocery mergers, such as the large scale Sobeys and Safeway, left two large 8th St vacancies that have yet to be backfilled. Additionally, neither of the two Target locations have been formally snapped up.

But although Future Shop recently closed all shops in Canada, Saskatoon’s sole location was spared and converted into a Best Buy.

With high population growth, however, the appeal for retailers continues. ICR contends that even with the introduction of new inventory comes on this year that the demand will continue to outstrip supply.

We are reporting positive absorption in all these areas so options remain limited in terms of new supply.

Welcome to the neighbourhood

New faces to Saskatoon’s retail landscape include Miletsones restaurant on 8th Street, which just opened this spring. Atmosphere, specializing in outdoors sports and recreation, was also a new addition to Saskatoon’s golden mile. They have set up shop in the vacated pet store at the Centre on Circle and 8th.

Lowe’s is expected to open its west side location by this fall. This will be a first for the American home improvement chain in the city but not the province as they are already present in Regina.

Existing successfully branded restaurants such as Tim Hortons and Boston Pizza have continued expansion in Saskatoon, with Timmy’s finding a second location in Stonebridge on Preston and BP’s new construction in Blairmore.